skip to main | skip to sidebar

new blog in the works?

I'm planning on switching over to another blog because I want to create a new look with a new name and all that jazz. My intro class to web design is inspiring me to dump this one and create something new.
Posted by A at 7:00 PM No comments:

Video directed to my friends but other comments welcomed. =]

Merry Christmas to those who just celebrated Christmas. And happy holidays to everyone else celebrating all the other holidays. =) I hope everyone is having a nice and peaceful year end break.

There's only a couple more days until New Years and yes this is the cliche New Years post. I won't say that 2008 has been the best year of my life, but I can say that it's been one that I've benefited the most from.

I've gone through a lot this year and one of the events that really shook my life was the death of my grandfather in Feb. This Christmas was really strange without him. It was a strange Christmas in general. My one uncle apparently has decided to cut this wife and kids away from the rest of the family. We haven't seen them since.... a long time actually. So their presents are still under the tree. But what can I do except still try to call them every once in a while? Other than that... others have their own reason for not showing up. But I mean... what can I do but play with the little ones and roll my eyes at the older people singing karaoke and play Guitar Hero and spend as much time with the family I have left?

Sometimes I still expect to see him in the living room when I get home. Sometimes I'll want to call him to tell him the pizza is here. Sometimes I'll wonder why his door has been closed for such a long time. Other times I'll think about how I regret not spending enough time with him while he was alive even though we lived in the same house. And then it makes me need to spend more time with my family and ache a little bit when people decide to not show up for Christmas.

After he died, my mom found that he kept a picture of him, me, my sister and my mother under his pillow. I feel like I didn't tell him that I loved him enough. I promised that I would make sure my family knew I loved them.

I've found that inspiration is a form of ecstasy. I've found the most thrilling thing is to be inspired, to be motivated, to move to inspire. Once you've received that eureka moment.... it only builds into a process that cannot be undone. It's like a high you have to ride until the finished product is ready for crit for it to be completely done. In the end, satisfaction is the only result after you've pulled everything you can.

What I've also done this year is grown to be proud of who I am and not apologize for who I am. I can apologize for all the stupid decisions I've made over this year and over all the other years, but I will not linger over them. I don't claim to be perfect, nor do I want to be. To be honest, I could careless whether or not most people like or dislike me. If people think of me as cold or impersonal and don't bother questioning further, then they do not need to know anything about me. I do not hold grudges. People know my opinion on things and if there's something I'm holding back, it's because someone has asked me to keep it confidential. I don't break confidences just because you think I'm obligated to to you.

One other thing I've done this year, which is still a process, is letting other people know me, help me. Most of my friends, even my closest friends and most of my family do not... know many important things about me. Actually, there's probably only two people in this entire world that know most things about me. Even with those two people, it's hard to open up to them, let them help me. Sometimes I still want to hide from them and pretend I'm ok. Sometimes I still want to think I'm a big girl who can handle anything. Sometimes I want to tell them that I'm ok without them, you don't need to be bothered with my silly talk. But I'm working on it. Hopefully when I can fully extend myself to one person, I can keep adding more people until I'm not so scared anymore.

One thing that is helping me with that process is the discovery of the defintion of whats important to me, what I value, who I value, who I am. I'm finding that my opinions are forming on their own without the influence of what my parents say. This discovery of self as not an extension of my parents, but as an individual is a little nerve racking. I don't know what to think sometimes. Sometimes I just have no opinion, waiting for someone else. I think I'm comfortable with that now. Admitting that I was a brainwashed puppet... and in some ways I still am. My opinions are starting to divulge than that of my parents on many issues... social rules, economics, religion and the path of my own life. It's still a work in progress though... though I'm eager to see how this pans out. In 2008, I found my opinion.

I've found that success is what drives me. I think I have this innate hunger to grow and succeed. I set goals for myself and I've seen that I can accomplish them when most people think I'm insane. Though, it can consume my life. When the school term arrives, that is who I am. I breathe to work and I work to succeed. I wonder if I work and it distracts me.... or if I work TO distract myself. I think in high school, I didn't sleep because there wasn't enough to distract me from everything that raced in my head at night. I think with the work load I take on every term is above enough that it takes up every thought inside my head. Hm... that's something to ponder.... Do I not think because I work... or do I work to not think?

Hrm hrm. I think I lost the point of this post by just rambling and not streamlining.

Anyway. In 2008, I think I've made a couple of good friends, but only a couple. I don't think I spend enough time with people. Maybe I should resolve to make more friends and rekindle friendships that are probably dying. No one else's fault besides mine. There's only a select few that I bother messaging every blue blue on facebook... Lunches are usually conflicted with work. Family I work on... friends, I really should. Let it not come to the point where another friend dies to wake myself up. Friends are important. I should spend more time working on that.

Anyway. Hopefully 2009 will be easier than 2008 and I hope I'll learn more and become better.

I hope the rest of you have a great New Year. Eat noodles, my mother always says eating noodles on New Years is good luck for a long life. lolololol
Posted by A at 10:30 PM 1 comment:

Sorry just for neglecting this and only coming to rant and sulk.

I want to be someone else for a day; maybe one of our own big deal fashion bloggers like karla or rumi or sophie? 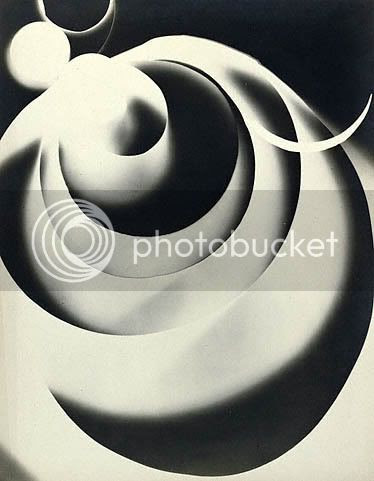 I'm not dead! I'll be back once I get my life in order... which should be in about a week and a half from now. I haven't abandon this yet!
Posted by A at 8:07 PM No comments:

I feel like I need an entire day, a full 24 hours, of sleep to make my hand steadier, my mind refreshed and to let my body restart.
Posted by A at 10:44 AM 1 comment:

I'm feeling so very... uninspired. I feel like my work has sucked as of late.

I think it's the weather. Fall colors are leaving. The weather is past the point of trying to look cute and into trying to keep my nose warm. Oh winter. I hate you!
Posted by A at 12:11 PM 1 comment:

A
You can call me A. I'm nineteen years old and I live somewhere in the dirty, filthy debris we like to call Philadelphia.

I have a passion for art and I feel most confident with a camera in my hands. I love painting and drawing.

Please feel free to roam around my blog to find out more. =)